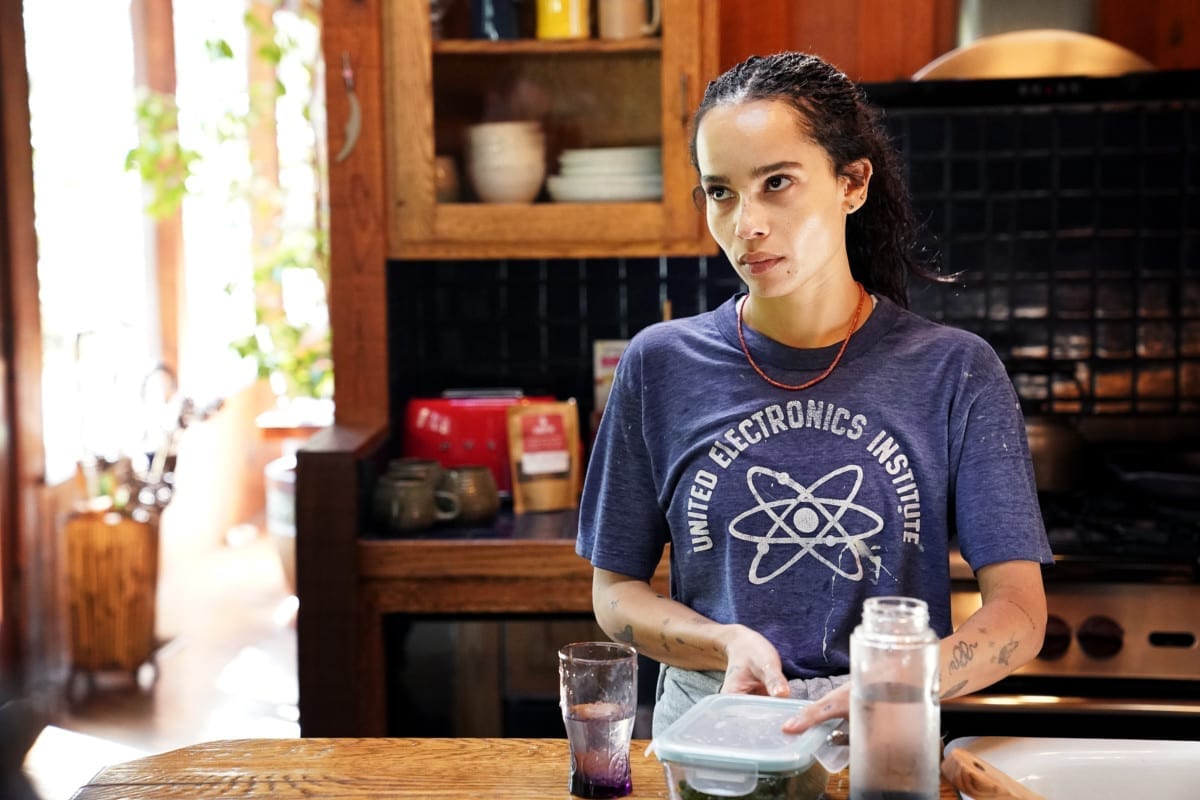 Zoe Isabella Kravitz (born December 1, 1988) is an American actress, singer and model. She is the daughter of musician Lenny Kravitz and actress Lisa Bonet. She has appeared in the films The Brave One (2007) with Jodie Foster, and No Reservations (2007) with Catherine Zeta-Jones. Kravitz played Pearl on the fourth season of the Showtime television series Californication, and appeared as Angel Salvadore in the 2011 film X-Men: First Class.

Kravitz also gained media attention by appearing in magazines such as French Jalouse and Elle. Because of her successful film career she is also known in European countries, including Sweden and Finland.

I never really trained, so I had to start from scratch. I needed a really good base because I do a lot of action sequences that are shot using wires, which means being attached to a harness for hours. I worked out for hours, plus I was on a program that required me to eat lots of veggies, lean protein, and do circuit training. I also drank [special] shakes that had a heavy dose of organic vegetables, green tea and antioxidants to help me detox and burn fat. I guess it was like a superhero routine! It was fun, they got me in the right shape I was in – super toned and muscular but not too skinny – just like a superhero!

She says, “I did a lot of sit-ups and push-ups to get enough muscle to support me (for the stunt scenes). I wanted to look good in the tight skin I had to wear!”