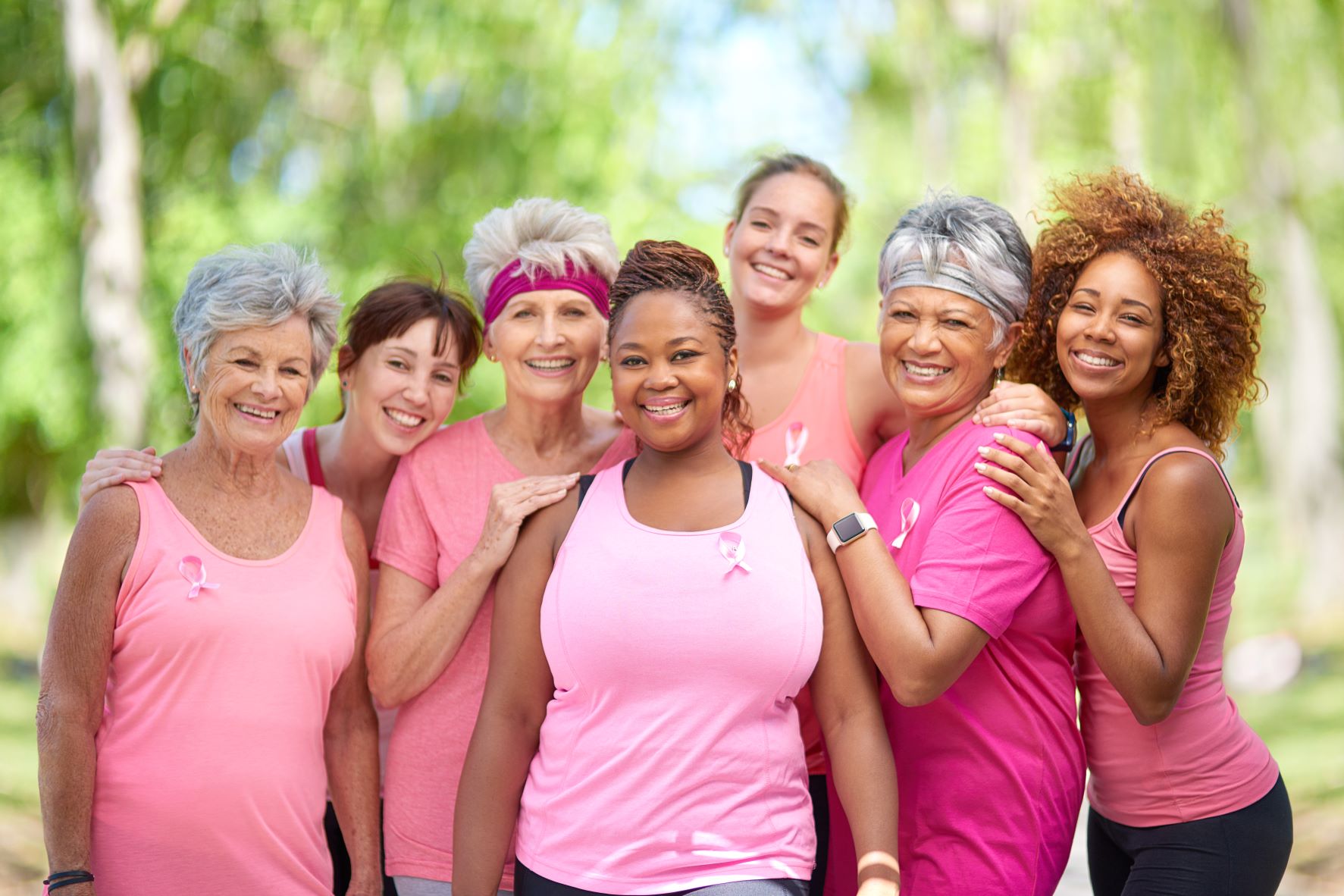 To help you boost your health… as a woman you should learn about the top 9 health concerns so you can overcome any obstacles that get in your way. So let’s take a quick look at each: Heart disease, Breast Cancer, Osteoporosis, Depression, Autoimmune Disease, Diabetes, Stroke, FSAD & Weight gain.

This is the leading killer of both men and women. In women, the condition is responsible for about 29% of deaths. But death is not the biggest problem when it comes to Heart disease… you see… many women are ill with Heart disease way before they die… it just “feels like” they’re dying… being out of breath, fatigued all the time, having trouble keeping their stamina up… all because Heart disease lowers their ability to get around. Most women who have had a heart attack don’t even realize that is what happened to them! Symptoms for a woman are different than for a man.

A woman might not experience the classic heavy chest pain… but might instead have jaw pain, shoulder aches, nausea, vomiting or shortness of breath. High blood pressure, smoking, physical inactivity, heavy stress, obesity and diabetes certainly all contribute to Heart disease. Each of those can easily be handled naturally without drugs! But it takes a lifestyle change that sometimes a woman is not willing to do… or maybe she just doesn’t understand WHY she should. It has been medically proven that exercise, good nutrition, specific supplements, removal of stress, can all dramatically lower a woman’s risk for Heart disease.

One noted doctor has stated that lack of vitamin C and amino acids (found in protein) are the leading causes of heart attacks in humans. High cholesterol by itself does not cause the amount of Heart disease you would think if you listen to the normal media! There is no one cause of Heart disease. For a woman it is vital to get educated and tested properly to help her change her lifestyle to ensure a very healthy heart.

2. BREAST CANCER: This is the most common cancer in women. Did you know that imbalanced hormones is one of the leading causes of breast cancer? That’s right! Having too much estrogen compared to progesterone sets the stage for cancer growth in breast tissues. Lack of iodine is another key factor in breast cancer along with low vitamin D3 levels. There are testing methods to help you balance your hormones (saliva testing being the preferred method), as well as additional tests for checking your iodine levels and vitamin D3 levels. This is VITAL for any woman concerned about breast health.

Getting a mammogram is in my opinion one of the worst things to do to monitor breast health. The more updated thermography method of scanning the breasts is much safer and pain free and can help you detect cancer cells much earlier and more accurately than a mammogram. I strongly urge women to find a good thermographer in their area to get that type of scan done at least twice a year.

The American Cancer Society lists the following as risk factors for breast cancer:

3. OSTEOPOROSIS: This is one of the most mis-understood health issues for women! Having hunched backs, back pain, feeling frail and in pain… all do not have to happen… osteoporosis CAN BE PREVENTED! And if you find yourself on the verge of osteoporosis… you CAN REVERSE the loss of bone naturally… but you cannot do this with drugs from pharmaceutical companies! I’m sorry to have to tell you but the current drugs being pushed by the drug companies and maybe your doctor… can actually set you up later in life with more brittle bones, cracks and fractures than you can handle.

Getting hormones balanced with natural bio-identical hormones (not synthetic), eating correctly with sufficient protein, supplementing with correct supplements (believe it or not… most women do not need more calcium!), ensuring their vitamin D3 levels are sufficient, doing weight bearing Exercises… are all VITAL.

Risk factors for osteoporosis include:

Talk to your doctor about your possible risk of osteoporosis, and what you can do to prevent problems.

4. DEPRESSION:  This seems to affect more women than men… as a woman you have a lot to deal with… family, kids, bills, work, carpooling, groceries, traffic, neighbors, “friends”, ageing parents, your own life, etc. You have your hands full… and sometimes life overloads you… 9 times out of 10 women who have “depression” also have:

1. friends or family members who are toxic, and
2. imbalanced hormones and poor nutritional habits

Getting your body balanced out so that you are healthy… learning how to remove those in your life that distract you from your purposes in life… are two important steps any woman can take to turn their emotions around. This will automatically lessen the stress you feel every day!

5. AUTOIMMUNE DISEASE: These are a group of disorders in which your immune system is attacking your body and destroying or altering tissues. Lupus, MS, Type 1 diabetes, rheumatoid arthritis, Hashimoto’s disease of the thyroid are just a few common autoimmune problems that face women today. 75% of autoimmune disease affects women. Medical doctors admit that they don’t understand these types of diseases well and have no cure.

Here’s the deal… you probably weren’t born with an autoimmune disease… it was something that was created along the way in your life… logically… if it was “created” it CAN BE “un-created” if you find the true cause! That’s where working with a natural or holistic doctor will help you tremendously. It takes work.. but it CAN be reversed!

6. DIABETES: A staggering 2.8 million people in the UK have been diagnosed with diabetes, and probably another half a million are unaware they have it, says Diabetes UK. In Type 1, which strikes before 40, insulin injections are essential, whereas Type 2 is often controlled by diet and tablets. Both can cause serious complications if not adequately controlled. Belly fat puts you at increased risk, as does having a baby over 4.5kg (9lb 9oz), which indicates you may have had diabetes during pregnancy.

Polycystic ovary syndrome (PCOS), long-term use of steroids and some drugs for serious mental health conditions are also triggers. Tingling feet (an early but reversible sign of nerve damage), blurred vision, thrush, weariness and frequent trips to the loo. Diet and exercise can prevent 60% of Type 2 diabetes cases. If you’re worried, many pharmacies offer free finger-prick tests, but see your GP for one that gives definitive results. A blood glucose level of 6.1 to 6.9 mmol is a warning of impaired glucose tolerance. At 7, it’s diabetes.

7. STROKE: Despite the stereotypes, a quarter of the 150,000 people who experience a strokeeach year are under the age of 65 and many are women. In fact, middle-aged women are more likely to have a stroke than men the same age, and women are one-and-a-half times as likely to die. Migraine with aura (such as visual disturbance) can increase the risk for women under 45, especially if they’re on the Pill and smoke.

High blood pressure (over 140/90), an erratic heartbeat and too much alcohol also make you vulnerable. A ‘funny turn’ – it could be a TIA (ministroke), which needs urgent medical attention. Marked facial changes, arm weakness and speech difficulties warrant immediate admission to a specialist stroke unit, says the Stroke Association. It’s estimated that 40% of strokes could be prevented by lowering blood pressure to 120/80 or less. An easy way is to be vigilant about salt – in ready meals and biscuits as well as the stuff you sprinkle on food – so limit your intake to 5g a day.

Because an irregular heartbeat is also linked to stroke, get into the habit of regularly taking your pulse when you hit 60. If it’s over 101, see your GP.

8. FEMALE SEXUAL AROUSAL DISORDER (FSAD): Sex is an important part of one’s life. But often the common problem shared among women is the issue of no sexual arousal despite their wanting to have sex.

Explains Dr Rajan Bhonsle, Hon Prof and HOD of Sexual Medicines at KEM Hospital and GS Medical College, Mumbai, “It’s a common problem but reasons could lie in any of the four stages of sex. The four stages broadly are:

– desire at the brain level,

– erection or arousal at the body level,

– and lastly, the orgasm.

Problem at any of these stages may lead to what we call FSAD.

In the first stage , the problem could be woman suffering with very low or very high sexual desire, or perverted desire which could lead to a mismatch between the levels desired by the man and woman and hence the problem in arousal.

In the second stage , one could face the problem of body not responding to the sexual desire. There’s no lubrication, perhaps because the glands are infected or damaged. Or may be the man is not giving a proper foreplay to his woman. Direct penetration will never allow any lubrication. Also, painful penetration prevents lubrication too.

In the penetration stage , the probable issue is that of an intact hymen, very narrow vaginal canal, inborn penetration phobia, vagina going into high spasms as soon as penetration happens. Lastly, in the orgasm stage , there are cases where all the above three stages are being fulfilled and yet the woman is unable to reach an orgasm. Here too, the problem lies all in the art of making out. More than often, the woman is not totally involved or she believes that the man is the active partner who will make her reach the orgasm stage, while she’s the passive. But that’s a myth. Sex is like a buffet and it’s meant for both the partners to take part in it equally. Besides this, other common reasons could be her man using shabby ways to make out, man’s body not being attractive, he perspires a lot, she dislikes him, or she believes sex is dirty. Not just these, any issue bothering a woman which could even be related to her work place or relatives, would mean a disturbed mind and hence lack of involvement in the act of sex. All of this amounts to no orgasm.

9. Weight gain: A woman is always fat by her standards. Leaving that aside, the tendency of most Indian women to put on weight easily, especially after marriage is something that needs a low down.

“Lack of exercise and heavy binging is all that one needs to check to stay in shape,” says Dr Rajan Bhonsle, on this. “Married or unmarried, a proper diet and exercise is the only key to good body. As for the most cited reason for women putting on weight after marriage – that is sex, it’s a complete myth. The reasons lie in the complacency that sets in women. Marriage is a new feeling, they are in a happy state, husband gives them too much attention and all this excitement leads to women secreting the ‘feel good’ hormones that lead to Weight gain. It’s easier for working women to stay fit and shapely due to the running about that they need to do. Housewives, who’re mostly relaxing and enjoying at home, are bound to be complaining of the Weight gain problem.”

The Keys to a Good Life: 4 Ways to Keep Happy and Healthy