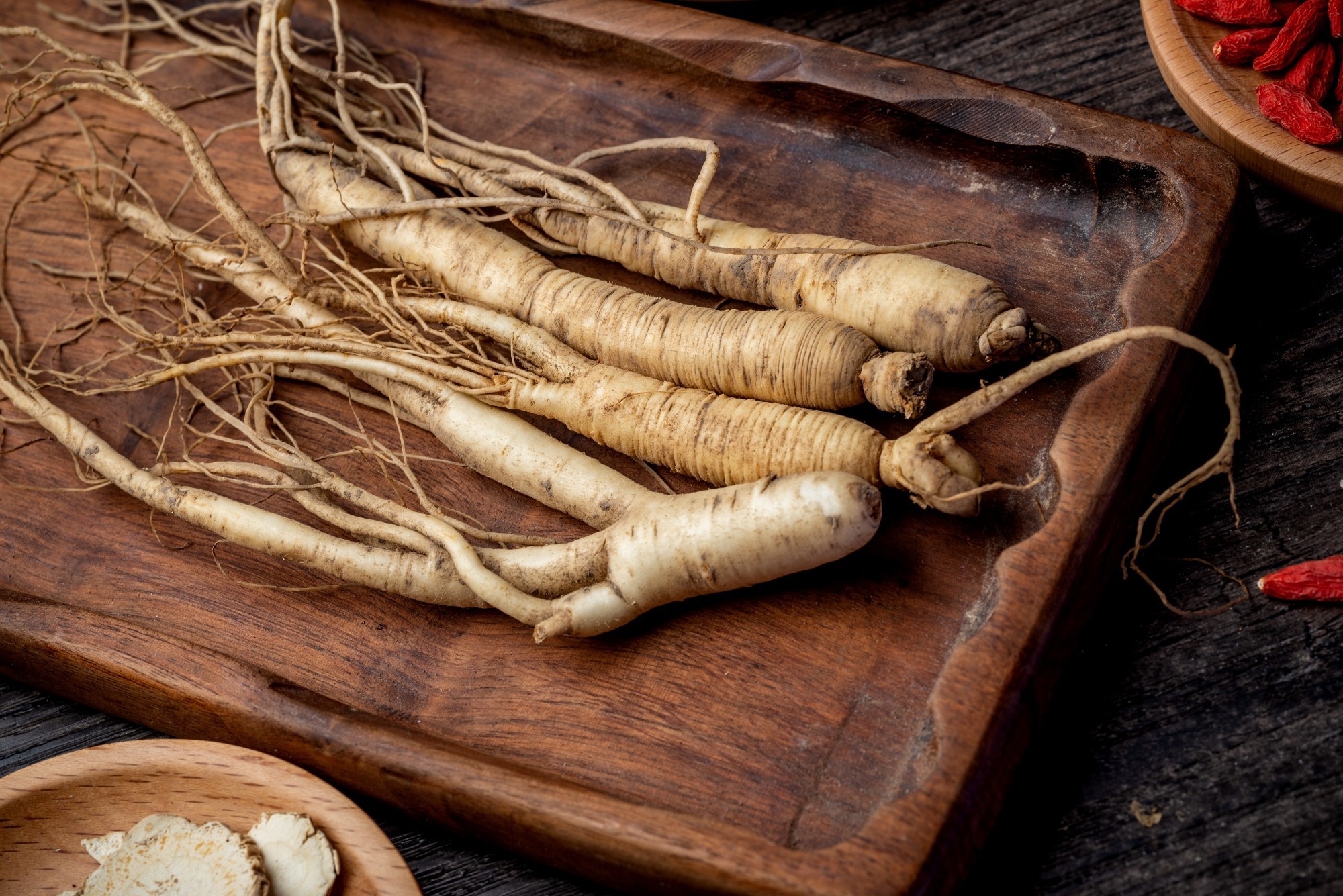 Ginseng  is any one of eleven species of slow-growing perennial plants with fleshy roots, belonging to the genus Panax of the family Araliaceous. Ginseng, also known as tartar root and five-fingers, is a plant which has small green flowers and later on red berries. It grows in cool climates of eastern Asia and America and has a strong reputation of increasing vitality, over-all health, and functioning as a sexual stimulant.

Usually ginseng root is available either in whole or sliced form, although ginseng leaves can sometimes also be found. The dried root is often made into tea. Small amounts of ginseng can also be found in some popular energy drinks. Ginseng is a perennial herb belonging to the genus Panax, which is derived from the Greek word Panakos, or panacea in English, meaning an all-healing remedy. Ginseng has always been shrouded in folklore and magic. Like the rich mountain forests where it grows naturally, it’s use dates way back into the mists of antiquity. Both the Asian and American varieties are employed medicinally, sharing the same growth habits and virtually the same appearance, with the only difference being that the Asian variety is larger.

Ginseng contains many essential nutrients like vitamin A, B-complex, and zinc. The main active components in this herb are saponin triterpenoid glycosides called “ginsenosides.” Ginseng is traditionally used to build up the body’s resistance against viral infections and environmental toxins. It normalizes thyroid functioning, cleanses the body and acts as a natural detoxifier. It is used to treat the common cold, allergy, rash, diarrhea, upset stomach, and fatigue. There is also proper formation of acetylcholine and cholinesterase. Acetylcholine stimulates the nerve cell to generate small electric charge which is transmitted to the next cell carrying messages back and forth from the brain. Cholinesterase enables the nerve cell to recuperate and recharge itself. Thus promotes the normal formation and transmission of impulses. There are also many instances were seizures stopped completely when only ginseng was given. No conventional drugs were used in the treatment of their epilepsy.